Most people start their day with a morning coffee, shower, or stretch, but Al and Tanjala Eischens kick it off by taking care of their 38 dogs. The two operate Double E Kennel, an Alaska-based business that raises dogs bred for sled dog racing. Al regularly competes in sled dog races and their business offers captivating sled dog tours. Al and Tanjala use their unique careers to drive a platform for pediatric disease awareness and fundraising. “Children are our future and they are precious,” they write on their business’ website.

Al is a three-time participant of the famous Iditarod Trail Sled Dog Race, an annual race held within Alaska. Entrants are called “mushers,” and ride in a sled pulled by highly trained and specially bred sled dogs. The event is extremely long and grueling: the physical trail starts in Anchorage and ends in Nome and racers are expected to cover the distance in 8-15 days or longer! Sled teams traverse through sub-zero temperatures, blizzards, and barren snowy fields – riders and dogs will not compete unless they are in peak form.

The Iditarod Trail Sled Dog Race debuted in 1973 and has been ingrained into Alaska’s culture. The event is regularly covered by large sports news networks and media outlets, such as ESPN, CNN, and NPR. Top mushers gather sponsorships and become local celebrities. Various movies, books, and media have been inspired by the legendary event (most recently, Netflix’s critically acclaimed sports series Losers features an episode on Iditarod musher Aliy Zirkle).

The two treat their dogs with the utmost care and respect, to the point where Al often refers to their dogs as “the kids.” Al notably holds an unmatched record for completing the race twice with all 16 of the dogs he started with! Racers typically bench their dogs at checkpoints throughout the course, but Eischens team consistently remain in top-shape throughout the entire event. The Iditarod has since lowered the team size cap to 14, which means that Al’s achievement will likely remain unmatched. 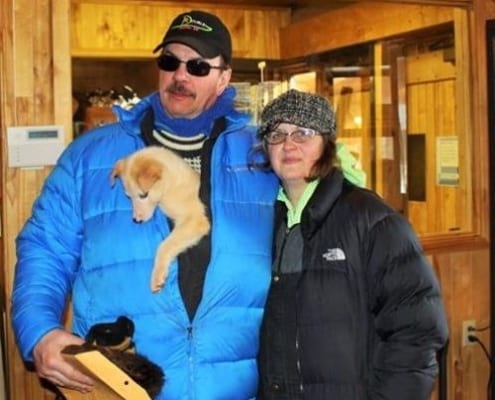 Al and Tanjala became involved with the National Pediatric Cancer Foundation through a moment of pure serendipity. One day, while Tanjala was shopping for a sewing machine for crafting sled dog racing gear, she stumbled upon an NPCF 25th Anniversary Janome Machine. The bright colors and the branding stuck out to her. The store owner knew of the couple’s interest in raising awareness for pediatric diseases, so the owner offered to let Tanjala walk out the door with the machine for free. From there, Tanjala was inspired to reach out to NPCF and learn more about the organization and pediatric cancer research fundraising efforts.

Al uses his Iditarod platform as a means of generating awareness for pediatric diseases. During town checkpoints along the Iditarod, he meets up with locals to talk about pediatric disease awareness and fundraising. Al and Tanjala are particularly inspired by a family friend’s daughter, Remedy Carte, who was diagnosed with brain cancer at the age of 3. 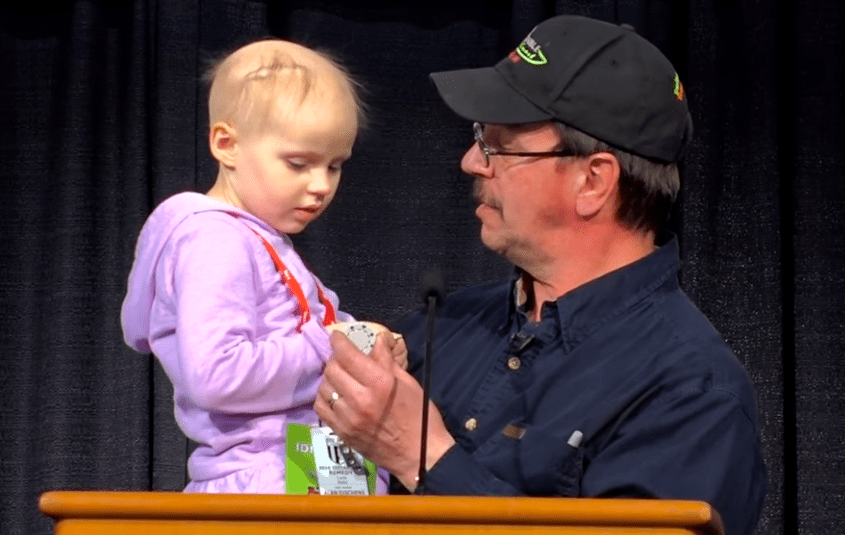 Remedy’s battle started with frequent headaches. Her family only suspected something like a bad cold, but an MRI showed that Remedy had over 200 brain tumors and that the disease had already metastasized to her spinal cord. Remedy, now 9-years-old, battles more with the side effects of cancer and treatment. She’s since needed cochlear implants and her bladder and eye functions are currently deteriorating.

Despite her condition, Remedy perseveres. Remedy participated in the 2016 Iditarod during the event’s ceremonial start as Al’s honorary IditaRider (which was made possible by a generous donation from Alaska Airlines). “To see the joy, excitement, [and] treatment that she received was priceless,” Tanjala says. “From the announcement to being the rider that year, the banquet, the ride, the surprise trip to Nome for Remedy and her mother… [it was] all priceless.” At some point she was given an estimate of six to twelve months to be able to ride in a sled but gathered enough strength to stand in only a week! Despite her illness, Remedy never fails to display endless optimism, humor, and kindness.

The Eischens’ aim to expand their fundraising and awareness efforts further and display more banners and NPCF branding on their athletic personnel. During the upcoming 2020 Iditarod Trail, their dogs will even be sporting orange coats and booties!

We look forward to continue working with Al and Tanjala and supporting them during the upcoming 2020 Iditarod season!

If you’d also like to raise awareness and funding for pediatric cancer research in your own unique way, start your own DIY fundraiser!