“Kaleo loves his friends and his family. He loves to play outside even though he hasn’t been able to much over the past year. He loves nerf wars, and action figures and superheroes! Especially spiderman and Captian America! Really all the avengers!

Kaleo had a fever for almost 4 weeks before he was diagnosed with neuroblastoma. We took him to the ER and pediatrician multiple times during those weeks of his initial fever. Finally, on Thanksgiving 2018 we took him to the ER for the third time and would not leave until we received answers. We were told he had a tumor. They told us we had a few different possibilities in diagnosis (the least likely being Neuroblastoma), but within the next 2 to 48 hrs we were told it was Neuroblastoma. He proceeded to treatment within the following weeks at MD Anderson.

Since then, he has undergone 6 rounds of initial chemo, a 17 hr resection surgery, had a nephrostomy tube and bag for about 3 months, stem cell collections, 2 rounds of high dose chemo consecutively with two rounds of autologous stem cell rescue (transplant), 12 rounds of proton radiation with anesthesia, countless scans and blood product transfusions, 5 rounds of immunotherapy and one more to go, and so much more…

He has pushed through with such strength, courage, optimism and bravery. We are almost done with his treatments after his final round of immunotherapy in February we will be complete with his protocol treatments. We are looking to enroll him in a clinical trial post immunotherapy that will be another 2 years of medication but has been shown to help decrease the odds of relapse. Neuroblastoma is very aggressive and even with the full treatment protocol, the overall survival rate is still 40 to 60 percent. The clinical trial has shown the overall survival rate to jump up to 85 to 90 percent.” 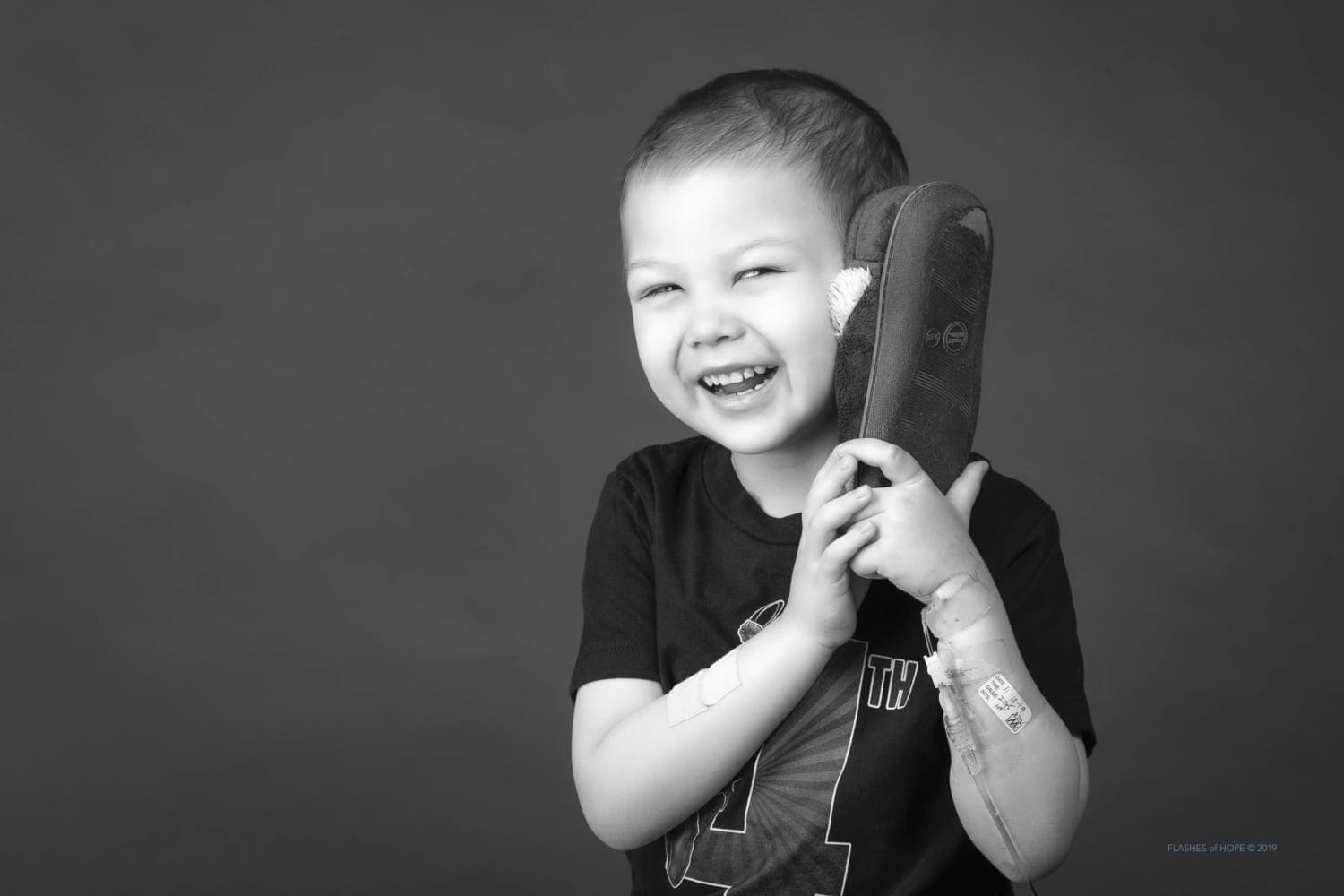