B.B. Abbott (Founder & CEO – Jet Sports Management) completed the week-long climb to the summit of Mount Kilimanjaro while raising funds and awareness for pediatric cancer research. When Abbott safely arrived at the top of Mount Kilimanjaro, he planted two flags to represent the organizations that he was climbing for.

Abbott alongside two buddies and training guides plant pediatric cancer research foundation’s flags on the top of Mount Kilimanjaro after making the 19,000-plus foot ascent to the summit. 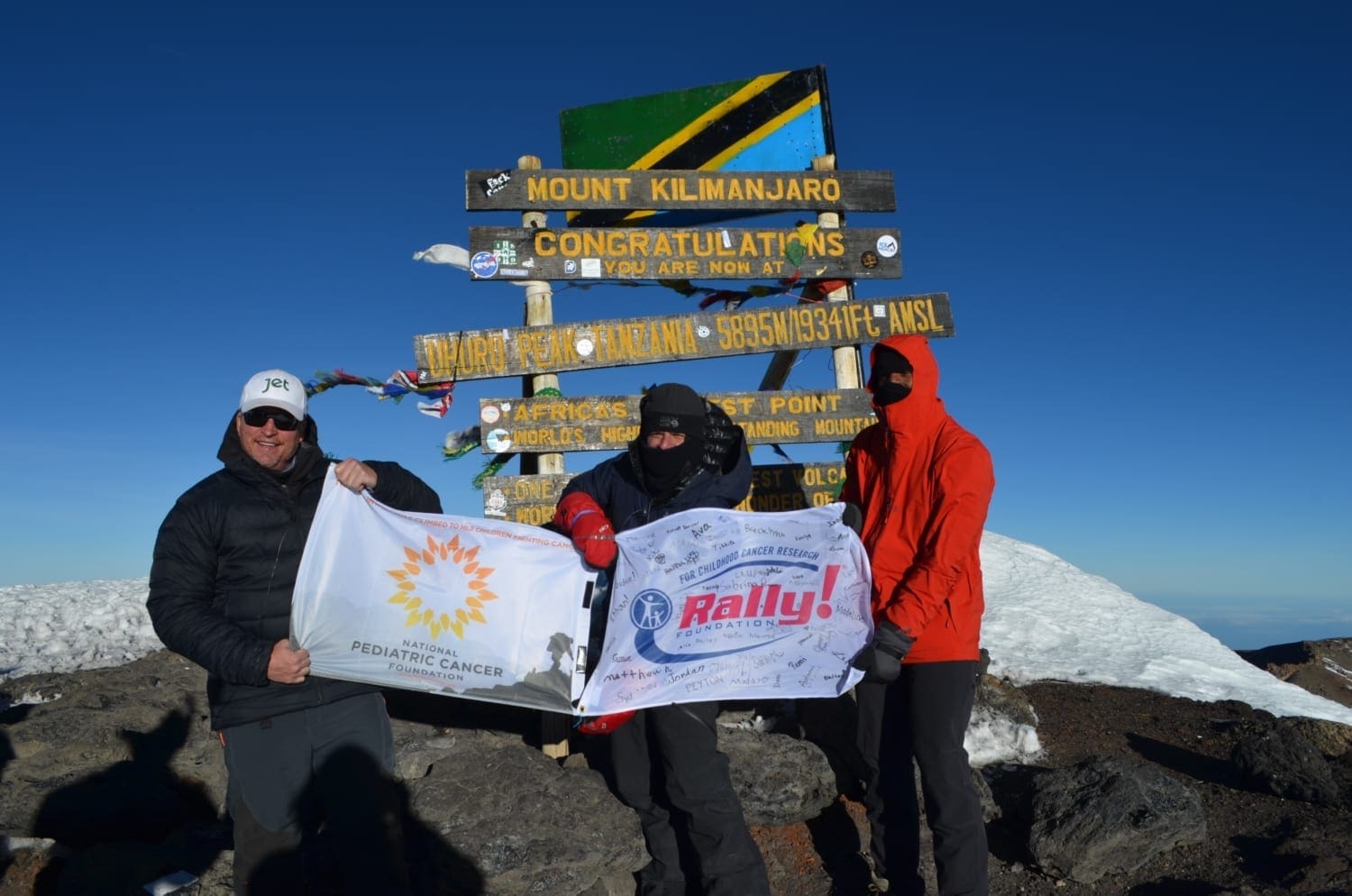 Both the National Pediatric Cancer Foundation (NPCF) and the Rally Foundation are leaders in funding the best childhood cancer research in the world. Abbott was destined for success during the climb before he began the week-long trek Abbott said “I am proud to be partnering with them both in this adventure. These flags, and these kids, will get me out of that tent every morning and up to 19,341 feet on the top of Africa at the end of those 7 days.”

Abbott has been deeply involved with both the NPCF and Rally Foundation for over 10 years. He used the courage of children who are battling pediatric cancer to motivate him on his journey up the highest free-standing mountain in the world.

“I sometimes find myself wondering what it must feel like to be a kid who gets the devastating news that he or she has cancer. Throughout the 10 years that I have supported pediatric cancer awareness, I have heard so many stories of disbelief, grief, and anger that I have come to feel more sadness with each one.

Part of the pain I feel is due to the unfathomable nature of the information, as well as the age, frailty, and naivety of the kids that have to hear it. With that being said, it’s the next piece of the story that always truly amazes me – the part where each child says “I am going to beat this” followed by the families that say “what can I do to help?” The resilience of children leaves me in awe and their courage, many times, leaves tears in my eyes. It is these qualities that have set me on a course that will change my life, and hopefully the lives of kids fighting childhood cancer.”

Before Abbott began his climb, he set his initial goal to raise $100,000 to donate to pediatric cancer research. Abbott soon surpassed that goal and set a new goal for himself of $150,000! He is closely approaching this goal, you can congratulate Abbott on his amazing adventure by donating here.

Congratulate Abbott on his amazing adventure by donating here.